Episode 1: Professors Glenda Sluga and Giorgio Riello on the Year 1776 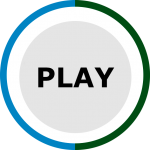 In this introductory episode Professors Glenda Sluga and Giorgio Riello talk about the American and Haitian Revolutions, Adam Smith and The Wealth of Nations, and the significance of the year 1776 for the history of capitalism. Lastly, they give an outlook on the series of Summer Talks on Connected Histories to come starting June 9th.

In this second episode, Professor Andrew Liu talks about the re-embrace of market-based practices in China and the significance of the year 1978 for the history of capitalism.

In this third episode, Professor Strother Roberts talks about the decline of fur trade in New England during the 17th century and how land mortgage became an important feature of commercial exchanges between Native Americans and English merchants.

In this fourth episode, Professor Birgit Tremml Werner talks about the diplomatic history of colonial expansion in South-East Asia and the Dutch capture of Malacca from the Portuguese in early 1641.

In this fifth episode, Professor Chinmay Tumbe talks about 1817, the year when the cholera pandemic began in India, affecting all continents for more than a century. The fight against such an infectious disease had enormous consequences for the development of modern science and relations between different parts in the world in the nineteenth century.

In this sixth episode, Professor Amy Offner talks about the 1964, the year in which American President Lyndon Johnson launched the War on Poverty, to address the long connections between the era of welfare and developmental states on the one hand, and that of neoliberal capitalism on the other.

Credits:
This podcast is produced and hosted by Radio Cavolo at the European University Institute in Florence.
Additional sound effects from https://www.zapsplat.com