Lucile Boucher is a historian of eighteenth century Mediterranean commercial diplomacy. She is interested in political economy, the impact of early globalization on European political cultures and the role of Enlightenment in contemporary narratives of capitalism.

Title of thesis project: Beyond ‘Jealousy of Trade’. Italian states and the Mediterranean on the Global Competing Market (1770s-1780s).

Find Lucile on Academia and LinkedIn. Write to her at [email protected]. 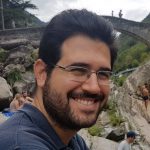 Giorgio Ennas is a historian of nineteenth century European and Ottoman diplomacy. He is interested in Global History, Cultural History, History of Islamic countries, History of Diplomacy, History of Switzerland, History of Capitalism, International Relations, Languages and Linguistics and Cultural Influences.

Title of the thesis project: The Mediterranean Mirror. Italo-Ottoman Relations in an Age of Transition, 1856-1871.

Find Giorgio on Academia. Write to him at [email protected].

Olav Hofland is a historian of the Soviet Union. He is interested in massive, state-run catering systems, the relationship between the socialist state and citizen-consumers, and the politics of destalinization.

Title of thesis project: Catering for Communists. The Soviet Foodservice Industry and the Thaw, 1953—1964

Find Olav on Academia. Write to him at [email protected]. 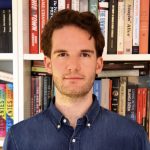 Dennis Koelling is a historian of neoliberalism and twentieth century modern literature. He is interested in the intellectual and cultural history of neoliberal thought, economic representations in popular literature, and discourses on subjectivity central to the making of the neoliberal era.

Find Dennis on Twitter, Academia, or me.eui.eu. Write to him at [email protected].

Guus Wieman is a historian of statistics and economics. He is interested in the relationship between European Integration and international statistical harmonization, the development of numerical representations of social and economic issues, and the dynamics between economic thought and policy.

Find Guus on Academia and LinkedIn. Write to him at [email protected].